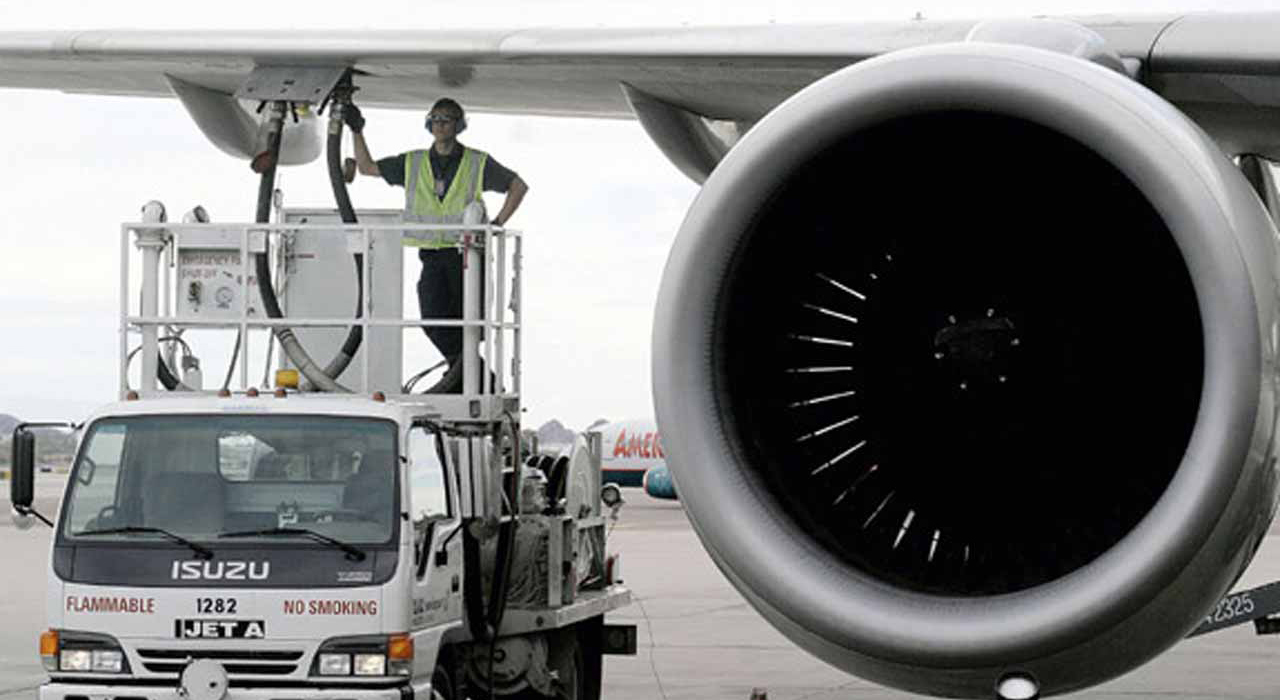 Unlike domestic airlines, international carriers don’t pay significant tax on jet fuel. The Australian fuel excise rate on aircraft gasoline is 3.556 cents per litre, less than 10% of the 40.9 cents per litre rate for road transport petrol and gasoline. The foregone jet fuel tax, in effect a fossil fuel subsidy to aviation, amounts to €6o billion a year globally, according to Green Air Online.

But the 2006 IMF Working paper Indirect taxes on international aviation, concluded “On pure tax policy grounds, the case for a generalized increase in taxes on international aviation is strong.” And Jim Yong Kim, president of the World Bank argued, in 2015, for the repeal of all fossil fuel subsidies. The International Air Transport Association (IATA) is the trade association for the world’s airlines and represents some 280 airlines, or 83% of total air traffic. With international aviation operating across multiple jurisdictions with different tax regimes, the IATA has attempted to lock-in ongoing avoidance of a jet fuel tax through multiple bilateral Air Service Agreements with nations across the world. Rather than setting a single tax rate, these ASAs lock-in tax exemptions for the fuel airlines of international operators consume abroad. In defence of these agreements, the IATA claims that “taxing air transport has no positive impact on the environment but brings a detrimental effect on jobs, competitiveness and the economy.”

The European Union Emissions Trading Scheme (EU ETS), set up in 2005, became the first scheme to ‘regulate’ multi-nation aviation emissions when it incorporated aviation in 2012. The scheme was originally intended to cover all flights within, into and out of Europe. But, as reported by Transport & Environment, a European NGO: “Following an international outcry orchestrated by US carriers against the inclusion of foreign carriers in the scheme, the European Commission limited the scheme’s application to airlines operating flights in and between EU airports only. This was billed as a temporary measure to give ICAO time to agree [on] a global measure … After reviewing the 2016 ICAO outcome, when a global market-based measure was agreed, the Commission proposed to extend the exemption indefinitely pending a review of the effectiveness of the CORSIA”.

The EU ETS uses a market cap-and-trade mechanism, where a cap (or reducing upper limit) on allowable emissions induces participants to: absolutely reduce their emissions; avoid them with non-emissions alternatives; or buy permits within the scheme to ‘cover’ their emissions. But because there are no practical large-scale alternative aviation technologies available that avoid fossil fuel emissions, buying permits is the only choice available at present for airlines, short of reducing their business.

However, the overall scheme has already been compromised by an overallocation of permits. Transport and Environment reported in 2017 that, “At present airlines have effectively unlimited access to cheap ETS credits, the cost of which hardly impacts on growth in any way. So aviation traffic and emissions keep growing uninhibited and will continue to do so until the permit surplus problem is resolved”.

In 1997, the group of 191 nation states, party to the United Nations Framework Convention on Climate Change’s Kyoto Protocol and not including Afghanistan, Sudan or the USA, agreed that greenhouse gas emissions from international aviation should be ‘limited’ or ‘reduced’ by developed countries working through the ICAO. But it was only in October 2016, after 20 years of growing emissions, that the ICAO announced a Carbon Offsetting and Reduction Scheme for International Aviation (CORSIA).

CORSIA is a ‘basket of measures’ aimed at “stabilizing the sectors’ global CO2 emissions at 2020 levels” and achieving “A reduction in net aviation CO2 emissions of 50% by 2050, relative to 2005 levels.” ATAG Executive Director Michael Gill says these measures, “ensure that the aviation industry can continue to grow sustainably.”

CORSIA’s measures include technological measures, the use of alternative ‘sustainable’ fuels, operational improvements on the ground, and a carbon trading scheme for offsetting emissions called the Market Based Mechanism (MBM). Redd Monitor reported: “In November 2017, the ICAO’s Council approved a draft document setting out the rules for its [MBM] carbon trading scheme. The 192 member states of ICAO have until 5 March 2018 to respond. ICAO’s Council will then approve the document either as it is, or with amendments.” These rules include the Carbon Offset Credit Integrity Assessment Criteria that define acceptable offsets. The criteria exclude all of the following: double counting of offsets, those carbon credits generated from projects with no beneficial impacts on the climate, all carbon credits generated from projects where any beneficial impacts are likely to be reversed, and carbon projects that fail to recognise the rights of indigenous peoples.

It is worth noting that, while the ICAO appears to have learnt something from the failings of previous offsetting schemes in establishing the offset integrity criteria, at least six of eight criteria appear highly likely to rule out forest carbon (drawdown) offsets, according to the report Unearned Credit: why aviation industry forest offsets are doomed to fail, by FERN, the European forests NGO.

Nonetheless Carbon Market Watch warned, in February 2018, that there are serious concerns as to whether the rules as currently drafted, coupled with ICAO decision-making processes, will ensure the purchase of credible offsets and the avoidance of crediting bad alternative fuels. But, are MBM carbon offsets, even of the highest integrity, effective in reducing emissions? Not according to the New Climate Institute, Transport & Environment, and Carbon Market Watch. Carbon Market Watch reported that “CORSIA alone, even with the highest possible levels of environmental integrity, will do little to mitigate international aviation’s climate impact. … [It] will do nothing to incentivise greater efficiency by airlines and aircraft manufacturers.”

Perhaps not surprisingly therefore, the International Energy Agency has called for clarification of the magnitude of the emission savings expected from CORSIA. CORSIA’s effectiveness is further constrained by the following concerns.

Users of carbon offsetting schemes create carbon emissions themselves, but offset — that is, pay others for — equivalent emissions those others either avoid making or draw down from the atmosphere. Carbon emissions can be avoided by either using less of the thing that creates the emissions (say, cutting back on trips by plane or avoiding land clearing) or doing the same thing but with non-emissions technology (say, powering an electric car with renewable electricity). Carbon emissions can be drawn down through re-afforestation, regenerative agriculture and other practices. In the aviation sector, users of carbon offsetting can be passengers paying extra on their ticket, airlines in the EU ETS, or, after 2027, those in the ICAO MBM.

The integrity of offsetting schemes need to be questioned. Are claimed-for avoided emissions actually avoided? Would the claimed-for avoided emissions have been avoided anyway through existing land-use practices? Were farmers thrown off their land to make way for claimable carbon sequestration-enabling emissions drawdown? Were claimed-for drawn down emissions actually drawn down? Were the trees planted? Did they grow for as long as the period claimed? Did a subsequent drought kill them? Does the price of carbon in the trading scheme, the cost of the carbon offset credit, or the carbon tax on the passenger seat, reflect the real cost of militating the damage caused by those extra tonnes of emissions? Aviation offsets do not reduce aviation emissions.

Professor Kevin Anderson of the UK Tyndall Centre for Climate Change Research says “Offsetting is without scientific legitimacy, is dangerously misleading and almost certainly contributes to a net increase in the absolute rate of global emissions growth.”